I just love food. Lately I feel like I’ve been eating so much now that I’m on spring break and have the time to actually enjoy it, without having to think about my grad work hanging over my head. This latest entry chronicles this weekend’s worth of food, starting with the Shimpei and Ryan’s graduation barbeque at the Barber household. I realized how hard Kelly (and Mike) work to set up parties – even for just 10 or so people, it took a ton of coordinating! But in the end the weather was fantastic, the food was great, the company outstanding. Music, eats, games, and then 3 hours of karaoke afterwards. Good times!

And a group shot:

The very next day Shimpei, Wei-Yu and I went to Bellevue to hit up a place called Spiced on Wei-Yu’s recommendation. Suffice to say, the place is known for its…erhm…spicy food!!! After the first bite of the spicy fish soup my mouth felt like it had been napalmed and my lips had literally caught fire! Shimpei and I sweated, coughed, choked a bit, and maybe shed a tear or two…but we kept going back for more because it was just that good! I don’t know whether it’s human nature to be so masochistic, but we both even drank a spoonful of the blood-red soup (which must have had a whole bottle of ra-yu in it, I swear!) – though, anticlimactically, wasn’t nearly as spicy as the actual fish and veggies 😀 For 15 dollars each we ate till our stomachs were about to burst and still had enough left over to each take home about 1/3 of each dish. Crazy. Nothing like eating great for cheap! Also a great excuse for me to bust out the 100L and get some nice food macro shots. 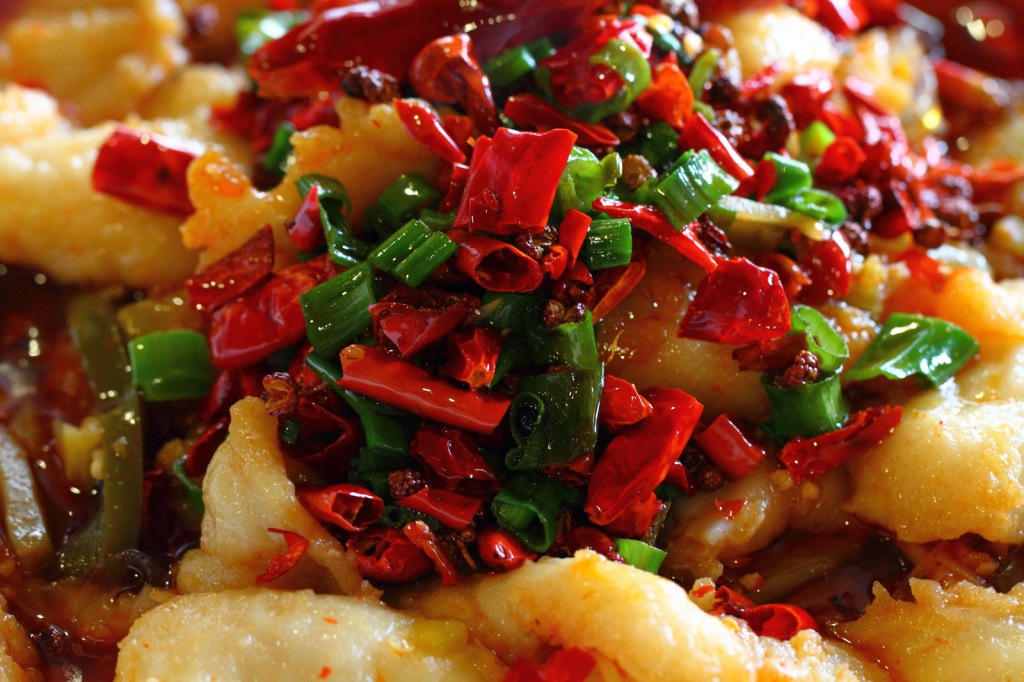 Does this even need explaining??? ^^

Rice to the rescue!

After we could eat no more...

Afterwards we went to U-Village to walk around and do a bit of shopping. I took the time to shoot of a few snaps of random “stuff”.

Butterflies in the sky...

Makes you feel like spring is right around the corner...!

What do you see in the crystal balls?

Another week of spring break means…I’m gonna be pretty busy! Hopefully taking lots of pictures 🙂 Dave is coming to visit from Japan for three days, and then Kyli’s birthday party is on Saturday! Plus Kim’s father’s concert on Sunday. All in all no rest for the weary, but fun times ahead for sure. Sakura should be blooming at the UW in less than a week  now, so be ready for some hanami!!

One thought on “I’m a foodie”